We are a Turkish-Yemeni company specialized in the manufacture and trade of Yemeni coffee. Because coffee in Yemen has a long history that dates back to before the fourth century AD, and some believe that Yemen is the origin of coffee.

Historically, Yemen is one of the countries famous for the production of the finest Arabic coffee in the world. Yemen exports this type of coffee, known as (Mocha Coffee), relative to the city of Mocha, which is the port of coffee export.

From the city of Mocha in Yemen, Yemeni coffee moved to Europe, America, and the rest of the continents of the world through the Ottoman Empire, and it became known as a Turkish coffee. Today it is grown in sixty countries in the world.

Therefore, our company blended the noble history and quality of coffee. She presented the Ottoman Turkish cultural heritage that excelled in the art of serving coffee to the world as an unbeatable drink. Whereas, UNESCO included Turkish coffee in the list of “Intangible Cultural Heritage of Humanity in 2013”.

Noreen International Group also added another kind to the heritage of Turkish coffee, which is the coffee of (olive powder) extracted from the organic olive pulps and the benefits that humanity has known throughout the ages.

So we are interested in providing a distinguished cup of coffee for coffee experts, in terms of the natural taste of coffee and its multiple benefits.

We strive to be our brand * First Pasha Coffee * is the pioneer and first in the field of natural coffee, as we offer our customers high-quality products in the world that have healthy benefits free from any chemical additives or preservatives.

Reaching customer satisfaction by committing ourselves to obtaining the best ingredients by choosing the best quality products and enjoying the flavor and natural taste of the coffee.

Our mission comes in * First Pasha coffee * from our ancient history, our Yemeni cultural heritage, our authentic experience, restoring the glory of Yemeni coffee, spreading this wonderful and unique drink to all the world, and granting a distinguished cup of coffee to professional coffee experts with professionalism. Our goal is to enable our customers to get the best Products of international quality in terms of the natural

1 . To be * First Pasha Company * the leading company in the field of premium coffee.
2 . Reaching international quality standards
3 . The rapid expansion and popularity of our product to all over the world.
4 . Achieving the goals of our partners by giving concessions and distribution agencies according to the mutual interest.
5 . Achieve a qualitative transfer in the coffee industry, drawn from our history in the art of serving coffee.
6 . Creating new ideas and benefits for the product through our long experience.

Our great interest goes to the operating staff which has a long experience in developing coffee planting, collection, sorting and treatment projects. The staff establishes a real, rewarding and sustainable relationship between local farmers in the manufacture of Yemeni organic coffee that dates back to ancient times and the company * First Pasha *, which adheres to its policy of providing the best types of Yemeni coffee from the mountains of Yemen to coffee experts in the world.

The company believes that sensing responsibility is one of its fundamental values in the success and completion of its dealings with customers, as it represents the starting point of the company and its emergence in front of everyone.

The company believes that cooperation increases its strength by raising the level of everyone who works with it.

1 . The expansion of the commercial market worldwide.
2 . Keeping up with the latest technologies that help develop quality standards and perfection in the company’s business.
3 . Carrying out renewable and advanced marketing studies.
4 . Achieving the company’s core values and working to establish them through working as one group.
5 .paying Attention to the smallest details in our marketing projects.
6 . Paying attention to our employees in the technical and developmental aspects. 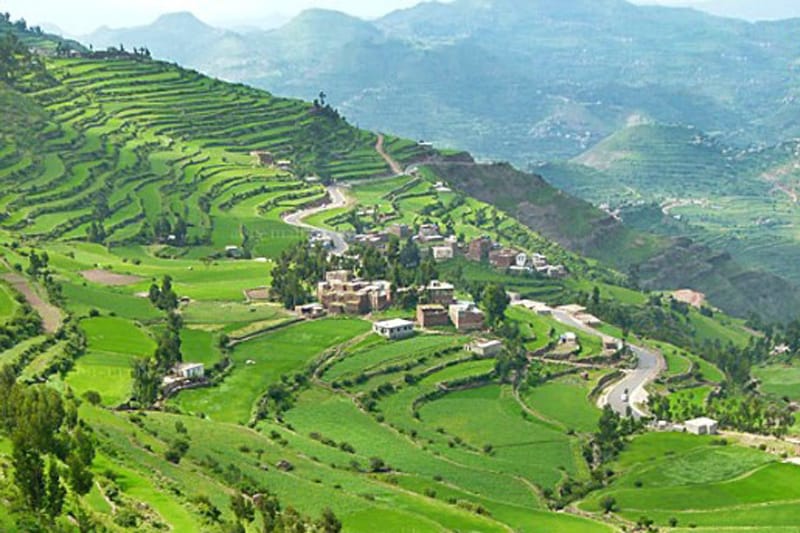