“Every cup of Kark tea is an unforgettable experience” ! ! !

Karak Tea with Saffron, with its original and unmatched imaginative taste, is a blend of natural spices and natural saffron to add a touch of distinction to every cup you taste. 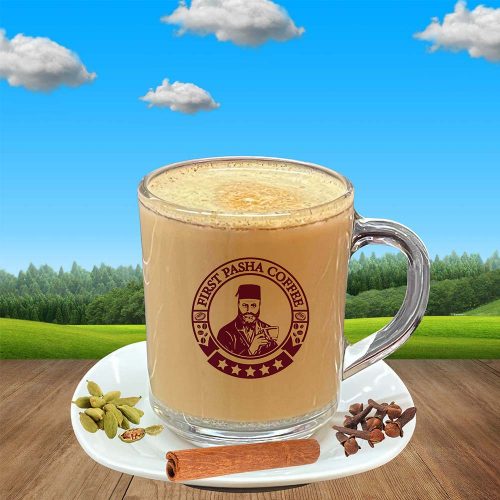 – Kark tea is a common kind in India, Yemen, and in the Arab Gulf states. It consists of milk and black tea with some natural ingredients, it is a nice bunch of the most popular spices, such as cardamom, cinnamon, and cloves, also there are other favorite additives can be added according to each country. Now, we have the traditional Karak tea which is prepared using boiled water with the best natural formula of “First Pasha”.

It is unlike the ordinary tea, which is only fermented with hot water, so you do not need any other additives. The Kark tea of First Pasha has been prepared from the best natural ingredients that are canned in one package only for you to enjoy it wherever you are.

-Karak tea has many health benefits for your body and brain because it is a mix of many great natural compounds.

We take the appropriate ingredients of Karak tea and check them according to a fixed scientific standard to ensure the correct quality, then the packaging process is done considering the international criterion in order to keep the natural properties of the Karak tea, so that the packages can be delivered to the consumer fresh and healthy. Thus, he will be able to enjoy the original taste of Karak tea. “Every cup of Karak tea is an unforgettable experience.”

The quantity is in the carton : 90 Pieces 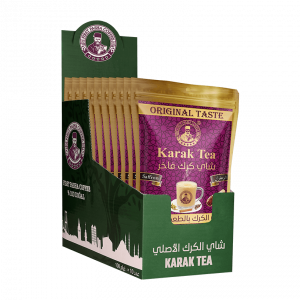