A small leaf with great value 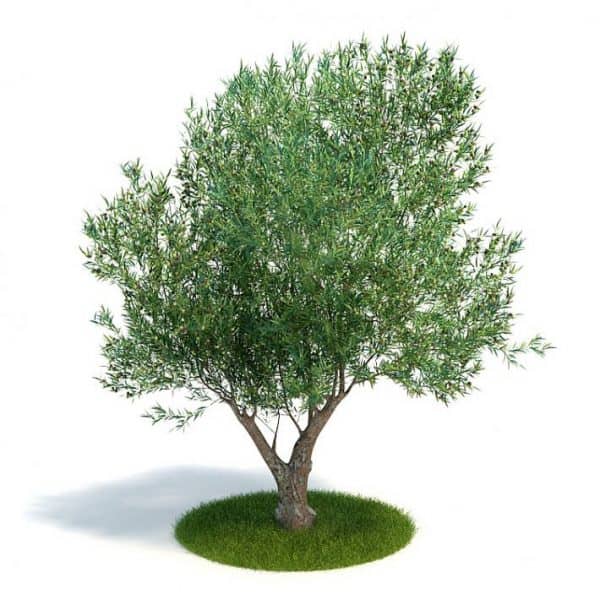 Allah granted nature a great variety of trees, but olive tree is the distinguished one because of its unique features and great benefits. These unique features gave it a sublime position and a special place in the human civilizations. As it is the first tree that is mentioned in the Bible within the story of Noah and the Flood. But the honored state of this tree is perfectly completed when Allah swore by it in the Holy Qur’an. The olive tree is the Allah wonderful gift.

The first prescription in which olive leaves were used as a medicinal substance was when Daniel Hanbury reported  the olive leaves in the Pharmaceutical Journal and this event dates to 1854.He prescribed olive leaves as a treatment for high fever and for malaria.

The recipe states the following : “Boil an amount of a handful of olive leaves in a large water jug until half of the water has evaporated, then drink the remaining water in the amount of a small cup every three to four hours until the fever is gone.”
Since then, scientific research began to pay great attention to the medicinal benefits of the olive tree.

Most research was issued by the countries bordering the Mediterranean sea, such as Spain, Italy, Greece, and Tunisia, as these countries are among the world’s largest producers and exporters of olive oil.
Medical statistics also proved that the low rates of heart disease and cancer in the Mediterranean region are due to the healthy eating habits of the inhabitants in this region, which mainly include the consumption of olive oil in their meals.
From this standpoint, many developed countries, such as the United States, Canada, Australia, and Japan, went to increase the planting of olive trees in their areas, because these countries are considered the most consuming countries of the olive tree in the world.

First of all, there is a common belief which tells us that the healthy value of olive oil goes back to the presence of unsaturated fatty acid in it, which represents most of the oil compounds. After then new discoveries reveal that there are other substances in a very small quantity, called phenol, which shares the healthy value of olive oil with unsaturated fatty acids.

Another substance has been discovered called Oleuropein. It contains something more important than phenol and has a great effect. This substance is the active compound in the olives and the bitter taste of olives is due to the presence of this substance in its content. The presence of Oleuropein is not limited to the fruit, but  it extends to include the rest of the other parts of the tree such as the bark, wood, and seeds.
The leaves are the richest source in Oleuropein among the other parts of the tree.

One kilogram of olive leaves contains about two grams of this substance.

The olive tree’s resistance against various forms of mold, bacteria, and insects, related to the presence of this substance in it that is Oleuropein.
Not only this but also, there are some pharmaceutical companies, such as the American company Upjohn, have studied the antibiotic efficacy of oleuropein on a large group of viruses and they found that it has great effectiveness against all viruses that were examined, including HIV and herpes virus.
Due to the facility of olive planting and to the fact that the olive tree is a leafy green tree throughout the year, the leaves can be used as a primary source to give  Oleuropein as a 100 %  pure substance ,or in an extract form contains different concentrations of Oleuropein ranging from 20 to 50.

In many special studies that have based to reveal the therapeutic value of Oleuropein, whether, if it is used as a pure form or as a raw extract, it is superb. In addition to its superior power to eliminate many kinds of bacteria, viruses, parasites, and molds.

Lately, Scientists have discovered that Oleuropein or olive leaf extract can decrease high blood pressure and it also has the power to treat diabetes.

Scholars believe that Oleuropein can reduce the likelihood of a heart attack.

In 1962, an Italian scientist revealed that oleuropein reduced high blood pressure in laboratory animals.
This remarkable result motivated many scientists to search for other therapeutic benefits within the following years, bringing the number of medical researches registered until this year to more than a hundred studies.
Most research has focused on the therapeutic effects of Oleuropein in treating high blood pressure, diabetes, and heart disease, in addition to the antibiotic power of Oleuropein.

For example, a group of scientists at Milan’s Italian University of Pharmaceutical Sciences revealed that (Oleuropein) prevents the oxidation of low-density lipoprotein. Such an oxidation process, if it occurs, can result in what is called bad cholesterol, which leads to a blockage of the coronary artery and then to a heart attack.
As a result of these discoveries, some European scientists have concluded that the substance (Oleuropein) can increase the amount of blood flow in the coronary arteries and regulate the heartbeat, in addition to reducing spasms and intestinal disorders.
At the University of Granada in Spain, pharmacologists found that olive leaf extract causes relaxation of smooth muscles in laboratory animals, which confirms once again the effectiveness of this substance in treating high blood pressure. In Tunisia, some researchers proved the same results in addition to the ability of this extract to reduce the level of sugar and uric acid in the blood of rodents.

These results clearly showed the possibility of using olive leaf extract in the treatment of high blood pressure, diabetes, heart disease, and gout.

Recently, similar results were also reached by a working group representing a team of scholars from Egypt and Germany.

Like most other active ingredients that have been extracted from foodstuffs, the degree of toxicity of oleuropein is almost non-existent, as some people have taken an amount of about ten grams as a daily dose without significant negative effects, noticing that the effectiveness and proper therapeutic amount does not reach one part per thousand of this high dose.

In a unique study, which is the first of its kind, one of our brilliant scientists was able to conduct many important pieces of research on this amazing substance.

Hasan Fayyad Al-Azzawi, who is an assistant professor in the Department of Basic Sciences at the College of Agriculture at the University of Baghdad, and he is a researcher specializing in the clinical and biological chemistry.
Our scientist ,Hasan Fayyad, has extracted Oleuropein in a new way, as the degree of purity reaches one hundred percent, in addition to preparing olive leaf extract with different concentrations of oleuropein. He presented a detailed study on the effect of the therapeutic oleuropein on high blood sugar in laboratory rabbits and in people with diabetes. Professor Hassan Fayyad Al-Azzawi’s study also included the effect of oleuropein on insulin receptors, which is the hormone that regulates the level of sugar in the blood, and tissue cells that produce this hormone in the pancreas.

By the writer / Mohamed Sayel

Research on the benefit of olive leaf

Why Karak Tea from “First Pasha”?