Yemeni coffee (gold beads) from Yemen to the world 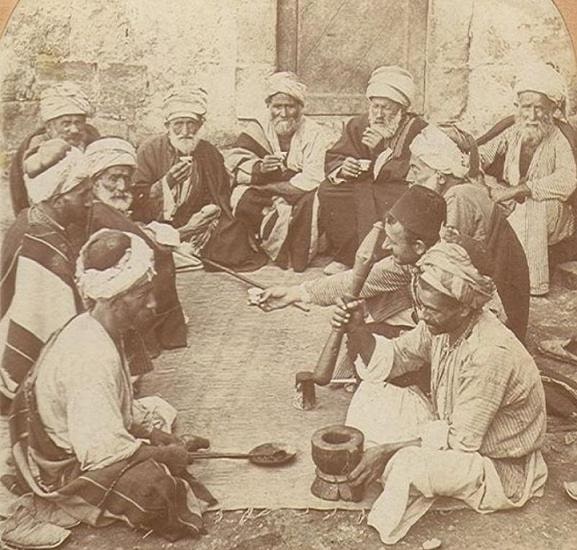 Yemen was historically considered one of the best countries known to produce the finest Arabica coffee (Arabica) in the world, where coffee was known as (Mocha) in relation to the port name of the city (Mocha). after that its reputation moved and spread to Europe, America and the rest of the world by the Ottoman Empire and thus it became known as a Turkish coffee.

As a proverb said in the past “a fist of coffee, sorrow goes away”.

Thus, began the journey of discovering coffee (gold beads), When the Sufi jurist, Imam Ali Ebin Omar Al-Shazly, was known as (the owner of Mocha), took a fist of coffee in Yemen in the city of Mocha, to become the first person to introduce coffee to the world in the early ninth century.

It is believed that this drink helped Imam Al-Shazly to stay up late for worshiping and had activated him to pray and recite the Qur’an.

Al-Mocha Port is considered one of the oldest ports in the Arabian Peninsula, and it was not only a port but the main market for coffee exporting during the fifteenth and seventeenth centuries. The Yemeni city of Al-Mocha gained its international reputation and importance until the mid-of nineteenth century by exporting its port to the famous Yemeni coffee that carried its name to all over the world. From the port of Mocha, Yemeni coffee invaded the world, to give during the first three centuries of modern history, the great importance to the port. As all Indian, British, Dutch and French merchant ships passed through this port loaded with spices and cotton, then ships added coffee bags to their cargo until the mid-nineteenth century. But in order to spread and enter the whole world, the true path of coffee has started when passing through Mecca and Medina, including to Cairo and Damascus in a close period, and from Damascus and Egypt to Istanbul. From Istanbul, coffee entered Europe and from Europe coffee spread to all countries of the world.

According to historical sources, the port of Al-Mocha was built in the year of 1692, to be the reason to perpetuate the travel story of Yemeni coffee in the global markets, through Yemeni coffee (mocha coffee). It is most likely that the Portuguese who invaded the western coast of Yemen were the first Europeans to taste Yemeni coffee, when Sheikh Al-Mocha hosted them to offer them a “black drink” that refreshes the body and calms the mind. 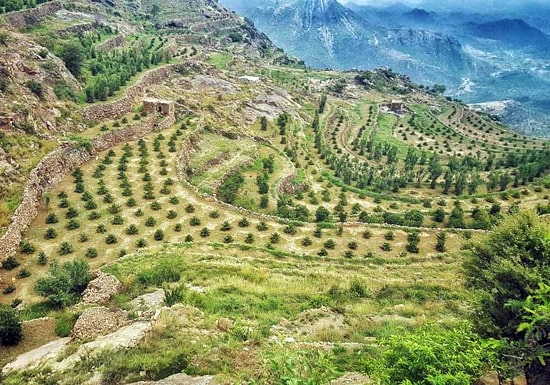 The coffee farms are located on the slopes, highlands and several areas in Yemen, where the farms occupy large areas from the province of Saada in the north to Yafa in the south; In the central, northern, southern, and southeastern highlands, at altitudes ranging from 1,000 meters to more than 2,000 meters, with seasonal rainfall rates ranging from 1,000 mm annually. Yemeni coffee has unique characteristics that distinguish it from others in different countries of the world, and the reasons for its excellence are due to several factors: such as the genetic makeup of Yemeni varieties, topography, climate and other factors that made Yemen control the ways of production and trade of coffee for more than three centuries. Yemenis are the first to cultivate the coffee crops, and the first to turn it into a hot drink. also, Yemenis are the first to make it an economic commodity that can be exchanged between Yemen and the world. Yemenis are proud of being the first to grow, discover and introduce coffee to the world, as Yemenis they also consider their coffee land an integral part of their identity, as the Yemeni poet Badi Al-Zaman said:

“I am the origin of these coffee beads among the orchards Its fragrant perfume flies. “

Research on the benefit of olive leaf

Why Karak Tea from “First Pasha”?